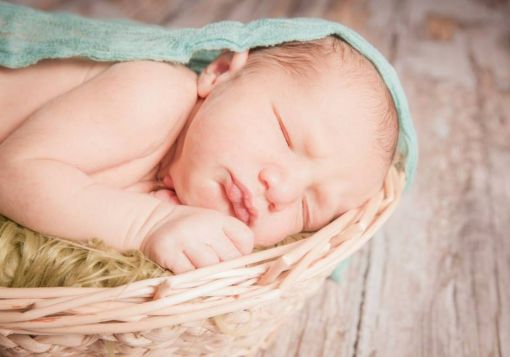 I watched my computer screen in horror as a tray filled with bloody pieces of a freshly murdered baby parts came into view.

“How can this be happening? How can the average person think that abortion (killing babies) is totally acceptable? How can these people talk about pieces of bloody, mangled baby parts with zero care or emotion? How is this the world I live in?”

Questions and thoughts ran through my mind as I tried to process what I was seeing on the video.

If you’re in favor of life and/or live in America you probably know exactly what I’m talking about. But for those of you who don’t, let me fill you in.

Over the past several weeks a group of pro life researchers has launched several secretly filmed videos.

The videos then take you inside several Planned Parenthood clinics and show what takes place behind closed doors. We, as the viewers, are able to see freshly aborted babies and watch as the workers discuss how much money they could get out of each body part.

The content is beyond horrifying and made me wonder how in the world abortion is legal! I personally couldn’t even watch all of the content in the videos because it was soo sad. The reality of abortion is a hard pill to swallow, but it needs to be swallowed.

I am so grateful for the people behind those videos. They are taking drastic measures to fight for the unborn and speak for the babies who don’t have a voice.

They realize that millions upon millions of babies are killed every single year throughout the world. They understand that babies are being murdered on a daily basis in their very own cities and down the street from their houses.

Could those little babies say the same for us?

The sad reality is that most of us are against abortion, but we do little to nothing to fight against it. Most of us are sooo caught up in ourselves (our lives, our plans, our problems) that we have no time to be concerned with the greatest evil happening around us.

We as Christian girls need to wake up and realize that abortion is horrendous.

Abortion is an onslaught against the youngest, most innocent and most helpless humans. Those little humans are NOT being “gently” put to rest. They are being killed in the most gruesome ways (being torn apart and burned inside the womb).

Despite the fact that abortion is totally barbaric, it’s also completely anti-biblical and anti-God.

Abortion is totally anti-biblical. Here’s why:

1. Abortion is a direct attack against God. Humans are the only living beings created in the image of God. When a baby is intentionally murdered, an image bearer of God is being destroyed.

2. Babies are knitted together by God inside their mother’s womb. Abortion goes into the womb and kills the baby. “For you formed my inward parts you knitted me together in my mother’s womb.I praise you, for I am fearfully and wonderfully made. Wonderful are your works; my soul knows it very well” (Psalm 13:13-14). Abortion is destroying the very thing God is creating.

3. Children are a blessing, reward and a heritage, they should be welcomed and cherished. “Behold, children are a heritage from the Lord, the fruit of the womb a reward” (Psalm 127:3).

4. Abortion is murder. There is no way around it. “You shall not murder” (Exodus 20:13) People like to say abortion is a part of “women’s health,” “a woman’s right to choice,” “loving” or whatever else. The facts can’t be changed though. A woman goes into the clinic with a baby in her womb and comes out without it. The woman’s life continues on and the baby’s was ended.

I’m hoping that this blog post will motivate each one of you to take some sort of action. It may not be filming undercover videos but you can do something. Babies are being murdered every day and they don’t have a voice to defend themselves. If we as Christian girls don’t stand up and speak out against this incredible evil, who will?

What You Can do to Help

Know what you believe about abortion. If you don’t have a strong conviction in this area you won’t have a passion to fight against it. Make sure to pull your truth straight from the Bible and build your convictions off of that.

Don’t be ashamed of the truth. Stand up for life and be willing to say what you believe. Don’t shy away from the truth just because it’s not popular and goes against the norm.

3. Encourage purity amongst your friends.

85% of women who get abortions are not married. Purity is a huge problem in our generation. Set up boundaries of protection for yourself and take a stand for purity amongst your friends. Encourage the girls around you to save sex for marriage.

4. Don’t just feel bad. Do something!

I challenge you to do something. Don’t brush this under the rug and ignore the reality of it. Abortion needs to be fought against and we are the ones to do it.

There are so many ways that we as young women can take a stand. Pro life counseling centers are scattered all across the world. You can volunteer in a pro life center. You can stand in front of abortion clinics and pray or try to counsel the girls going in. You can teach the girls younger than you about purity. You can sign the petition to defund Planned Parenthood. You can pray!

Let’s Wrap it Up

If you believe abortion is wrong, what action steps can you take to fight against it? I’d love to hear your ideas and thoughts in the comments section below!