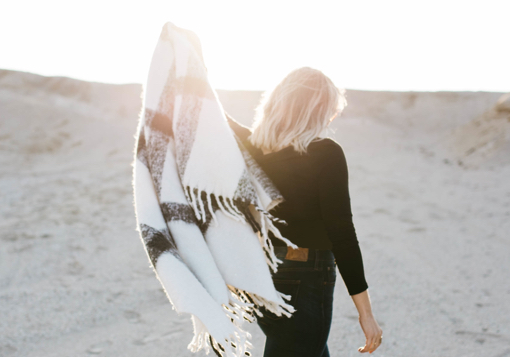 With a bold title like this, some of you probably clapped your hands and cheered, while others of you raised one eyebrow in utter shock and confusion (and some of you just clicked off in disgust). How do I know this?

Because I’ve read heartfelt emails from all three camps when it comes to this topic.

In an attempt to clarify exactly where we stand on the topic of feminism (and why), this post is for you.

And you. And yes, even you.

As stated clearly in our tagline, we created Girl Defined Ministries to help girls “get BACK to God’s design.” That means we believe Christian girls have strayed away from God’s design. As a whole, Christian girls are really struggling to understand what God’s design is for their lives and how to practically live that out.

In short, we obviously don’t believe feminism is the answer to our womanhood questions.

Yes, feminism has done some good over the years, but by and large it has left women more confused and unfulfilled than ever before.

Because whenever you try to define the creature apart from the Creator, you end up with problems.

Feminism is an entire belief system and worldview built by women in an attempt to redefine womanhood. If you dig one inch below the ground level of feminism’s smiling face, you would find a tangled web of beliefs that are totally void of God’s Word.

“Feminism is nothing less than rebellion against God’s created order, and all of us are guilty of that rebellion in some degree. Feminism began in the Garden of Eden–not in 18th-century France or 19th-century New England. The tempter invited our first mother to question God’s ability to define her–’Did God actually say…?’ (Genesis 3:1). This is the heart of feminism today–a constant questioning of anyone else’s ability or right to tell us who we are as women.” -Jenny Chancey

We don’t need feminism to define who we are as women – God’s original definition is totally and completely sufficient. And that is exactly what this ministry is striving to promote.

So, without further ado, here are 7 reasons I’m choosing not to be a feminist.

1. You Become Your Own God

It doesn’t matter how much you airbrush feminism, this “religion” has created its own definition for womanhood. Instead of looking to God’s Word for answers about female identity, feminist women decided to become their own gods, defining womanhood on their own terms.

Just read one chapter in any mainstream secular feminist book and you will see this underlying theme on every page. “We define who we are as women…”

Believe it or not, the large majority of feminist women used to be appalled and totally opposed to pornography. Not anymore. Recent waves of feminism have switched gears and are now fully embracing sexual liberation.

Sadly, stripping for the public, posing naked, and swimming topless are no longer considered “objectifying” but “liberating.”

3. Not all Lives are Valued

This is a huge one. Very, very, very, few mainstream feminists would disagree on this one. “Abortion is a right for all women.” Feminists have decided to play God by choosing which lives are valuable and which aren’t. If a human being is younger than a certain age, feminists have claimed the right to determine whether that human should live or die. This is absolutely horrific.

Let’s just be honest – feminism hasn’t exactly been an open fan of male leadership. Feminism is so focused on telling women how to be strong, empowered, and brave…they’ve kinda forgotten how to be cheerleaders for men as well.

As a result, feminism has produced a line of females that disdain male leadership in every way, shape, and form. Sadly, this distaste of male leadership has seeped into the church and many Christian women despise God’s design for husbands and wives

Homemaking used to be a popular career track for young women. Not anymore. Feminism has successfully redefined what it means to be a successful woman in the 21st century. And guess what? Female success isn’t found in the home anymore…it’s found in the marketplace.

If you want to be praised by our modern culture, you better be outside of your home doing anything but homemaking and raising a family. This is the underlying attitude feminism has created in our culture today.

One glance at Genesis will reveal the God of the universe hard at work creating a human race to reflect His divine image. This heavenly picture includes a male and female each reflecting different parts of God’s character and nature, all for the purpose of glorifying God and pointing to the forthcoming gospel.

Feminism erases all of that beauty. Males and females are no longer different, but the same. Gender roles are erased and we are left to redefine our genders according to our own desires.

7. The Victim Mentality is Encouraged

Have women been victims of male sin? Absolutely. Are all women victims? Absolutely not. Sadly, feminism has gained a lot of acceptance and popularity by encouraging women to believe that we’re all victims of something.

“Women can’t go shirtless in public like men can…we’re victims of inequality!” Or “More men are breadwinners than women…we’re victims of a patriarchal society!” Or “Why should husbands be the leaders of their families?? We’re victims of female oppression!” You get the point. Feminism constantly encourages women to embrace a weak, pitiful, and victimized attitude about life.

And, there you have it. 7 reason I’m not a feminist.

I honestly could have shared 100 reasons…but I decided to spare you this time. Girls, I am choosing to not be a feminist NOT because I hate womanhood…but because I have discovered a version of womanhood that is much, much, much more empowering for me as a female.

God’s design for womanhood encourages females to be smart, wise, strong, industrious, and brave…but we’re called to be these things for HIS glory, not our own. That is the biggest difference between Biblical womanhood and feminism.

Biblical womanhood defines the female according to God’s design for His glory and our greatest good.

As Jenny Chancey so beautifully stated, “The more we seek to conform ourselves to God’s will for women–to His unchanging definition–the happier and more at peace we will be as individuals and within the societies we help to build.”

I have never been happier, more fulfilled, more content, more joyful, more secure, and more brave than when I started living according to God’s beautiful design. I hope you’ll join me.