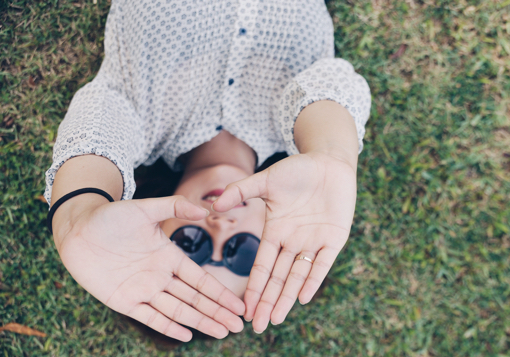 Whether you’re on the Pill, know someone who is, or think you might be on it in the future, this post is a must read for every Christian girl.

And since government data reveals that more than eight in 10 American women, ages 15 to 44, have taken the Pill at some point in their lives, we need to be educated on exactly what the Pill is, where it came from, and how it affects our bodies.

For the first time ever, sexual intimacy and procreation were completely separated.

The invention of The Birth Control Pill is considered one of the greatest achievements for female freedom and sexual liberation.

The Pill began to develop in 1951 by a chemist named Carl Djerassi, and was approved for contraceptive use in the U.S. in 1960. For the first time in history, the Pill was a pharmaceutical medication being prescribed for women who weren’t actually sick.

Ever since then, the Pill has gained popular acceptance and is now used by more than 300 million women worldwide.

As popular as the Pill is today, it carries with it a controversial past.

Margaret Sanger, an atheist, advocate of eugenics, and founder of the abortion mill – Planned Parenthood, was one of the early activists for birth control. She got behind this movement financially and pushed for it politically. However, her evil motive for birth control is swept under many rugs today.

Margaret’s primary goal for using birth control was for wiping out the “weak” populations of society. Her openly racist motto was, “More from the fit, less from the unfit.” Margaret’s evil agenda, masked under the banner of women’s health, paved the way for bringing the Pill into mainstream society.

Many other feminist activists pushed for the Pill as a way to “level the playing fields” between men and women sexually.

If a woman had the ability to have sex without the possibility of getting pregnant, she would then be free to pursue sexual relationships without any boundaries or restrictions.

In other words, she could be as promiscuous as she wanted without the burden of having a baby. Since children were no longer a hurdle, sexual intimacy was no longer “confined” to marriage. Women could now give their bodies away to any man they wanted without any “obligation” of commitment.

Sexual freedom was the driving motivation behind legalizing the Pill.

WHY MODERN WOMEN LOVE IT.

The Pill was a deliberate and rebellious push to free women from God’s design for sex and marriage. Sadly, sexual liberation is the primary reason women love the Pill so much.

The introduction of the Pill launched our nation full speed into the sexual revolution. God’s plan for marriage and family were quickly dismissed as old fashioned and irrelevant.

Although the Pill was birthed out of a desire for sexual autonomy, it is now being quickly prescribed to modern girls and women struggling with anything from acne, to PMS, to irregular cycles, etc.

However, it is estimated that only 14% of women use the Pill for reasons other than pregnancy prevention.

Although the Pill has proven to help relieve some of these symptoms (acne, PMS, irregular cycles, etc.) it doesn’t actually fix the root problem. The Pill simply overrides our body’s natural hormones, which relieves the symptoms, but doesn’t fix the underlying health problems.

Although the Pill is quickly prescribed by doctors everywhere, it is a serious pharmaceutical medication, and should never be taken without careful and cautious research. Whenever a medication alters our body’s natural rhythm to such extreme measures, we must be cautious.

HOW THE PILL WORKS.

The Pill is made of synthetic estrogen and progestin (hormones), which both ultimately alter our body’s natural rhythm. The synthetic hormones override the normal hormonal functions of a woman’s body and ultimately prevent her from ovulating.

The Pill forces a woman’s body to stop doing what God naturally designed her body to do.

Basically, the Pill forces our body to alter its normal functions causing many unhealthy long-term side effects.

Many, many studies have been done revealing that the Pill isn’t as glamorous and “freeing” as it may seem. Some doctors have warned women that by taking the Pill, they may find themselves susceptible to major medical problems that may not show up until later in life.

Side effects from taking the Pill are proving to be complex and long lasting. Many women are now claiming that the Pill is responsible for long-term serious medical conditions like infertility, cancer, strokes, heart attacks, high blood pressure, liver tumors, gallstones, blood clots, and even death.

Author and popular speaker, Mary Kassian wrote, “When I was working in rehab medicine in the early eighties, one of my patients was a 24-year old single woman who suffered a stroke from taking the Pill, and as a result, was confined to a wheelchair for the rest of her life.”

The women who do escape the more severe conditions aren’t off the hook.

They will most likely experience some, or all, of the following symptoms:

To prove just how real these health issues are, there are currently 1,100 lawsuits pending against Bayer Healthcare Corporation regarding blood clots, heart attacks and strokes allegedly caused by the Pill (Yaz, Yazmin and the generic Ocella).

By ditching God’s guidelines for sex in exchange for a life of sexual freedom, we as women, are now finding ourselves enslaved to a whole new set of problems.

The pill has become such a normal part of life today that we, as Christian women, barely give it a second thought. However, it hasn’t always been this way. At the beginning of the twentieth century, every single Christian denomination condemned the use of birth control.

Children were once viewed with such value and worth, that receiving them into your family was considered a gift from the Lord – not a burden.

Sadly, without even realizing it, the pill has reworked our modern view of children to be more of a take-it-or-leave-it accessory.

As Albert Mohler says, “The availability of birth control in a reliable form – particularly in the form of the Pill – unleashed the sexual revolution. So long as sex was predictably related to the potential of pregnancy, a huge biological check on sex outside of marriage functioned as a barrier to sexual immorality.

Once that barrier was removed, sex and children became effectively separated and sex became redefined as an activity that did not have any necessary relation to the gift of children.

The Pill turned pregnancy — and thus children — into elective choices, rather than natural gifts of the marital union.”

The Pill weakened our Nation’s value of babies, which in turn, became the perfect platform for legalizing abortion.

Another serious moral concern is the forced abortions that are caused by the Pill. If a woman is sexually active while on the Pill (married or single), there is always a chance she could conceive. However, like I mentioned above, the synthetic hormones in the Pill change the lining of a woman’s uterus, making implantation almost impossible.

The womb becomes hostile to the little embryo (i.e. human baby), and a forced abortion takes place. This is not okay.

Psalm 139 says, “For You [God] formed my inward parts; You knitted me together in my mother’s womb.” Life begins at conception. Just think about how many countless babies have been aborted due to the Pill. Sadly, this can easily happen without the mother even realizing she conceived.

WE MUST GET BACK TO GOD’S DESIGN FOR SEX, MARRIAGE, AND MOTHERHOOD.

It’s time we, as Christian women, took a step back and carefully evaluated what has been shoved down our throats all these years. The Pill promised women freedom and liberation, but has only enslaved us to sin and brokenness.

Marriages are in shambles, 40% of babies are now born to single moms, men view women as sexual objects, teen pregnancies are skyrocketing, STD’s are plaguing millions (the Pill doesn’t protect against these), abortion has become a health “necessity,” and children are viewed as an accessory.

God created sexual boundaries for our own good and prosperity. The only way to restore the brokenness and devastation that the sexual revolution has caused, is to get back to God’s good design.

We have to repent for rejecting God’s design for sex and marriage and turn the reigns back over to the One who created us and loves us. God Word must be the foundational source for how we define our womanhood.

Enjoying sex outside of God’s design doesn’t bring about long-term happiness and satisfaction, but rather brokenness, disease, devastation, and death.

May we, as Christian women, chase after God’s truth and define our views of sex, marriage, and children according to His Word.

May our hearts beat to the rhythm of our Savior’s as we embrace His truth in our lives.

May we show a lost and hopeless world the joys and blessings that are found when we do things God’s way.

For more on this topic, check out this helpful post by Mary Kassian.